Cities all over the U.S. have their own story – however some seem a little darker than others. Pirates, natural distastes, war and restless spirits all contribute to local lore. Meanwhile, historical events and urban legends can make the trip more interesting. If looking for a quick getaway and potential haunts, here’s a list of America’s most haunted cities for the brave of heart. 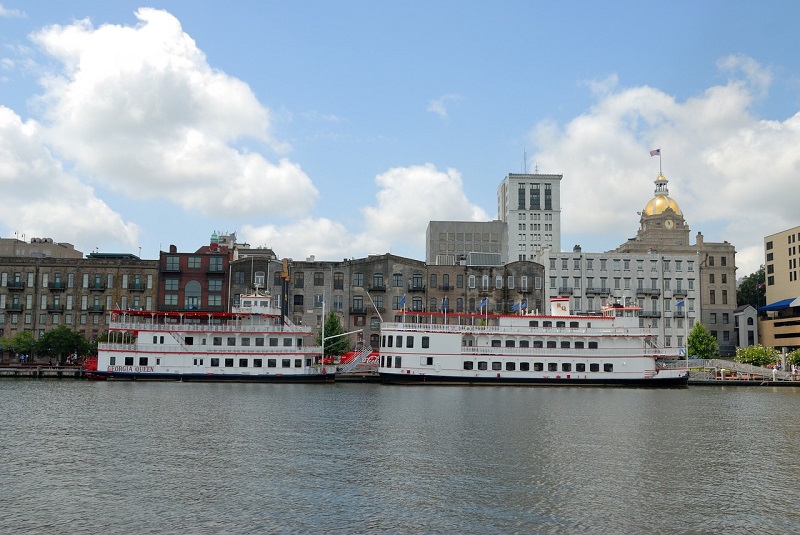 Rumored to have been built on Native American burial grounds, Savannah may be the most haunted city in America. Add in the city’s history with pirates, battle sites, historic mansions, cemeteries and a Revolutionary War battlefield. That’s a recipe for supernatural activity.

Many visitors choose to take Savannah ghost or sightseeing tours. They provide a way to see the city’s haunted attractions while learning about the city’s past and famous ghosts. After a tour, visit these haunted restaurants in Savannah for good food and spirits.

Most know this destination for green spaces and microbrews, but Portland has a pretty dark past. The city houses Shanghai Tunnels, which were used to kidnap people in the 1800s and ship them to the Far East as slaves and prostitutes.

To explore the haunted side of Portland, visit a few sites or book a guided tour. White Eagle Saloon lays claim to several apparitions, or stroll Lone Fir Cemetery, the resting place for 25,000 people. Those who want to see it all should visit these spooky Portland sites. 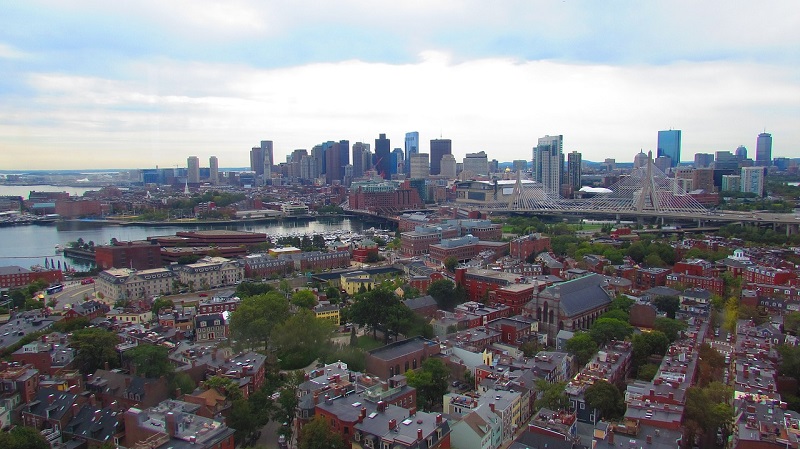 It’s one of the oldest cities in the U.S., so it’s no surprise Boston draws supernatural lovers. Visitors hear stories of public executions, witchcraft, war and historical sites that house restless spirits. Don’t forget to stop by USS Salem in Quincy Harbor and Fort Warren.

Charleston’s spooky history dates to 1670 and often features stories about war, criminals, pirates and Gullah culture. Today, Old City Jail ranks among the most haunted places in Charleston, as some claim more than 13,000 people haunt this site.

St. Augustine is the oldest European settlements in the U.S., and ranks among the oldest cities, too. This history paired with an old jail, fort, military hospital and famous lighthouse all make St. Augustine one of America’s most haunted cities – for 400 years and counting.

The city offers six St. Augustine ghost tours. Some allow ghost hunting, others cater to families with children, and some suit adults only. Those short on time can’t miss St. Augustine Lighthouse and Maritime Museum. There have been so many reports of ghostly activity, the lighthouse has been featured on Ghost Hunters.

Deadly disasters and ghost stories help Galveston Island rank among America’s most haunted cities. Ghost hunters can’t miss the island’s harbor, mansions and cemeteries. However, the top reason is because some 8,000 people lost their lives during the Galveston Hurricane of 1900 a.k.a. 1900 storm, the deadliest storm in U.S. history.

For an in-depth look, book a Galveston ghost tour with The Ghost Man of Galveston, Dash Beardsley. For over 20 years, he has shared Galveston Island’s spooky past through three different experiences. San Jose ranks among America’s most haunted cities because it’s home to Winchester Mystery House, one of the most haunted places in the world. The house was once the personal residence of Sarah Winchester of the Winchester Repeating Arms fortune.

Today, the house measures more than 24,000-square-feet complete with 160 rooms and 47 stairways and fire places. The mystery lies within Sarah’s story. She consistently worked on the home, but no one knows why. Book a Winchester Mystery House tour to learn more.

While the Winchester House is perhaps the most famous, San Jose has other haunted spots. This city also features a haunted asylum, ghostly jogger and urban legends.

These cities are just a few haunted destinations located in the U.S. Many also flock to New Orleans, Chicago, Washington D.C., and San Antonio to explore history, unusual activity and potential sightings.

After exploring America’s most haunted cities, find the best places for sightseeing and tours.