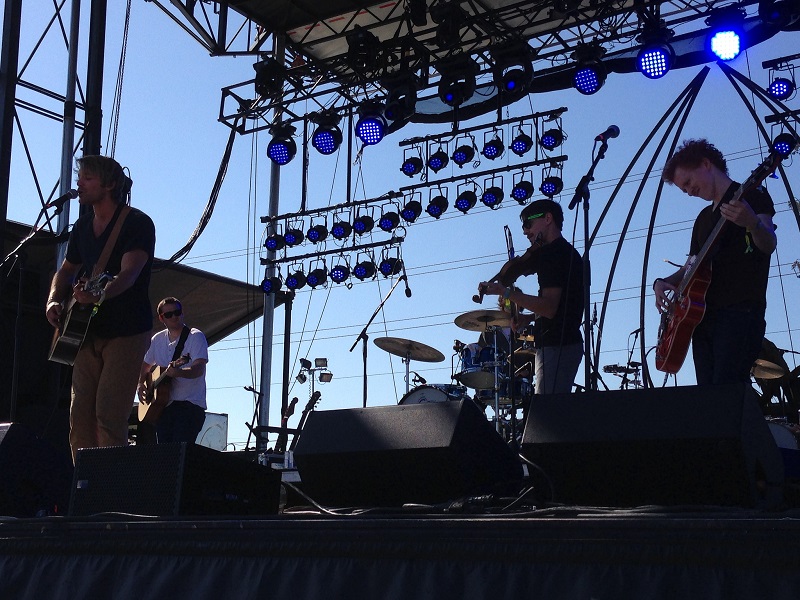 June-August: See big acts and local bands perform at several summer concerts in Gulf Shores and Orange Beach. Concerts at the Coast is a family-friendly event that runs throughout the summer months at The Wharf’s Amphitheater. Past performers include Lady Antebellum, Dave Mathews Band, Keith Urban, and rock tours that featured Shinedown and Halestorm. Check out the Concerts at the Coast schedule.

June: Another top among Alabama beaches summer events is the floating music event at Gumbo Key. This party welcomes boat owners and their friends to float on the water while listening to live Southern bands. The family will love Gumbo Key’s tropical vibe and energy. July: Show patriotic pride and see fireworks at the Independence Day Street Party and Fireworks event. Held at The Wharf in Orange Beach, activities begin at 5 p.m. Kids will have a blast on bouncy houses and rock-climbing walls, getting faces painted, and petting animals. The fireworks show starts around 8:45, with a SPECTRA Sound and Light Spectacular afterwards.

July: History buffs should head to Fort Morgan where historians dress up and give guided tours. Fort Morgan is a Third System masonry fort built between 1819 and 1833. For the Fourth of July, historical interpreters dress in U.S. Army uniforms from various eras and give special guided tours throughout the day. July: Known as the “Greatest Show in Sportfishing,” Blue Marlin Grand Championship of the Gulf tournament draws anglers to compete. Fishermen and teams from all over invade the Gulf of Mexico for action-packed fishing and fun. Guests should attend the weigh-in, an extravagant show with local TV coverage, jumbo trons, lots of lights, and captain and crew interviews. The event also hosts a special charity tournament that benefits St. Jude Research Hospital.

July: In addition to the grand championship, other fishing tournaments in the area include the MBGFC Junior Angler Tournament and MBGFC Billfish Limited Tournament, both running for nearly 20 years.

June-July: For one week, USSSA teams all over the country gather in Gulf Shores and Orange Beach. Sports fans should attend one of the World Series events and cheer during tournaments. Teams are made of baseball and softball players, ages 7 to 14, who want to play their way to No.1.

July: Improv dancing on the beach? That’s right. In July, talented youth come together for Dance Grand Nationals at the Orange Beach Events Center. The event features dancers from 8 National Talent Competition, which strives to bring fun and creative ideas to the world of dance competitions.