Ranked among the top destinations in the U.S. by Trip Advisor, San Diego is a prime vacation spot for families, couples, solo travelers and friends. Plus, ocean views and laid-back vibes pair well with diverse food, thus creating a relaxing dining experience. Even better, the city offers affordable options as well. To get great prices on local favorites, here are the top San Diego cheap eats. Some people say this restaurant serves the best burgers in the world. It has even been featured on the Food Network and CNN. Hodad’s has multiple locations throughout San Diego, and the main focus is burgers – made in all sizes and some meat-free options.

Select from minis, single and doubles. Or try a specialty burger such as the Guido with pastrami or blue jay with blue cheese. Other options include veggie and vegan patties, BLTs, tuna, and grilled cheese. Pair a favorite with fries, onion rings or a shake for a filling meal.

Pizza Port also has multiple locations in Ocean Beach and Carlsbad. However, this pizza place has a twist. They serve specialty brews, too. 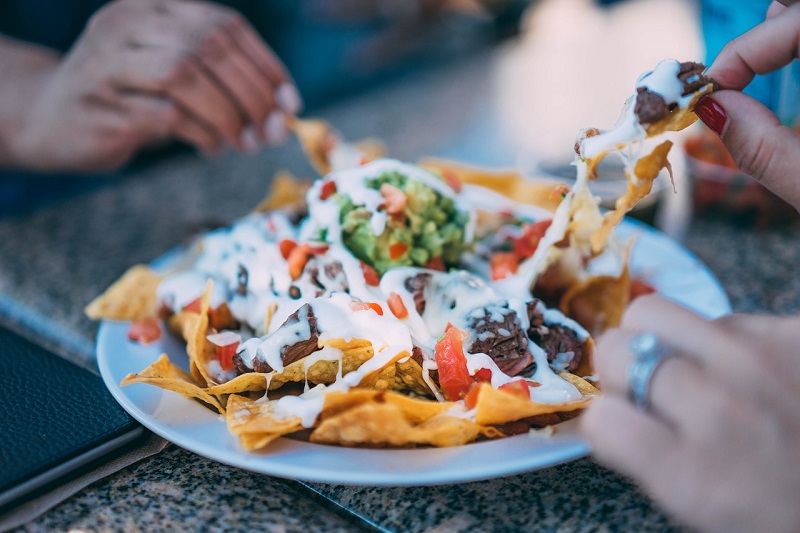 For affordable and flavorful Mexican food, head to Las Cuatro Milpas. This restaurant is a local gem for its authentic menu and old-school vibes.

Las Cuatro Milpas has a limited menu, but visitors have no trouble finding something delicious. Options include tacos and tamales made with corn or flour tortillas. Then add rice and beans, burritos, or chorizo con huevo to make it a full meal.

Enjoy breakfast? Kick off the morning at The Waffle Spot. The restaurant ranks among the top San Diego cheap eats for its menu and kid-friendly atmosphere. To find it, visit Kings Inn in Hotel Circle. The Waffle Spot also stays open for lunch.

For breakfast, try their signature waffles, omelets, pancakes, French toast and Mexican breakfast dishes. Lunchtime brings wraps, burgers, salads and sandwiches. To mix it up, try the daily specials. These include flavored waffles, chicken and waffles, and soups made in-house. Craving local seafood? Look no further than South Beach Bar and Grille in Ocean Beach. This spot not only ranks among the best San Diego cheap eats, but also features oceanfront views.

Start with calamari or clam strips. Then order grilled or fried tacos made with shrimp, mahi mahi, swordfish, lobster or oysters, to name a few. Favorite menu items range from fish or shrimp to seared ahi tuna. In addition to seafood, South Beach Bar and Grille serves nachos, chips and salsa, and chicken tacos.

Family-owned Kono’s Cafe manages two restaurants in the Pacific Beach community: Kono’s and Konito’s. Both aim to serve breakfast and lunch goodies paired with a welcoming atmosphere. Plus, they serve breakfast all day.

Start with egg burritos, scrambles, pancakes, French toast and breakfast sandwiches. For something heartier, try a Kono classic. These dishes feature pancakes or French toast with eggs, bacon, and Kono’s potatoes. Those coming for lunch can select from burgers, salads, hot dogs and quesadillas. The Kebab Shop is a popular Greek chain that ranks among the best San Diego cheap eats. However, this chain has multiple locations throughout California and Texas, making sure foodies have easy access to Greek cuisine.

Select from the wrap, box or plate. Proteins include chicken, lamb and beef. Or select from grilled kebabs. Those who want extra will find saffron rice, falafel, salads and hummus. Don’t forget to order a slice of baklava for dessert.

For more than 15 years, Homestyle Hawaiian has served entrees made with Hawaiian flair. In addition, the staff strives to do so at an affordable price – whether for breakfast or lunch.

In the morning, select from spam and eggs or veggie or meaty omelets. Later in the day, try musubi, won tons, salads, burgers, soups or hearty plate lunches. Homestyle Hawaiian specialties include chicken, pork, beef and seafood – all made with Hawaiian and Japanese flavors. To add more variety, try a jappa dog or big braddah combo.

Want to plan an evening out? Visit these San Diego waterfront dining spots. Many are located in proximity to our North San Diego vacation homes.