Hollywood Activities: 8 Fun Things to Do at Least Once

Hollywood, California, ranks among the top destinations in California. Star-studded residents, thriving entertainment industry, awe-inspiring arts and culture, and fun things to do make this city one of the hottest areas to visit on the West Coast. It’s so hot over 45 million people visit the area each year. If Hollywood is on the bucket list of wanderlust destinations, here are some Hollywood activities to try on vacation. 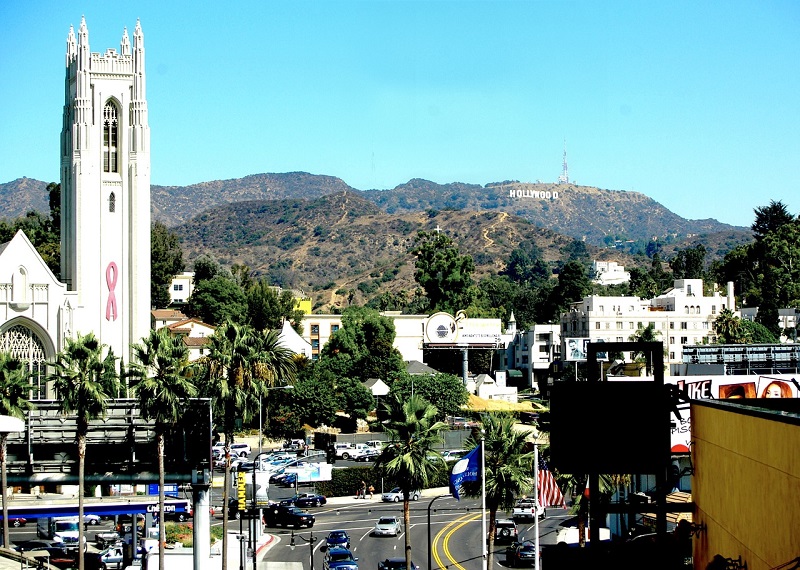 Take a Tour of Hollywood

Tours rank among the top Hollywood activities due to options and experiences. From exotic cars to trolley and walking, there are several ways to explore. Dozens of companies offer tours in Hollywood where guests admire architecture, sample local food, see celebrity homes, watch TV show recordings, and ride bikes.

Options range from a couple of hours to all-day adventures that showcase a little of everything. Additionally, tours visit surrounding areas such as West Hollywood, Beverly Hills, Sunset Strip and Melrose Avenue.

Hike in the Mountains

For another fun outdoor activity in Hollywood, pick some hiking trails. The area has several canyons, parks and trails that provide exercise and scenic views. Runyon Canyon Park has hiking trails and a children’s play area. Other hiking options – which range in difficulty and length – include Cahuenga Park, The Giving Tree, Culver City Stairs, Beachwood Canyon and Fryman Canyon Park.

In addition, those looking for an easy day-trip find Malibu and Santa Monica nearby. Each city has beautiful beaches, dramatic scenery and plenty of things to do. Image by MarkThomas on Pixabay

As one of the top destinations in California, visitors love finding new places for arts and culture. The city has familiar names such as Ripley’s Believe It or Not, Guinness Book of World Records and Hollywood Wax Museum. However, several museums are not found anywhere else.

Madam Tussaud’s Hollywood has 10 exhibits that celebrate Hollywood’s biggest stars. Museum of Death delves into the history of death and historical figures. Griffith Observatory offers a glimpse into the universe and space. Or roam around National History Museum, and learn about animals, geology and ancient cultures. For more must-sees, head to Los Angeles County Museum of Art, The Getty, Museum of Contemporary Art, Natural History Museum and California Science Center.

Get Thrills at Universal

Movie buffs and thrill-seekers should play at Universal Studios Hollywood. This production studio doubles as an amusement park and houses the Wizarding World of Harry Potter. Start the adventure by riding roller coasters and rides. Then explore various lands within the park such as The Simpsons, Transformers 3D and The Walking Dead. After rides, spend an hour on the studio tour, which goes behind-the-scenes one of the largest studio sets in the U.S.

Universal Studios Hollywood also has dozens of restaurants honoring the best in TV and movies, lots of shops for souvenirs and gifts, live entertainment, and seasonal events. Families love celebrating at events such as Halloween Horror Nights and Grinchmas. Love fashion? Seldom places have a shopping scene like Hollywood. The city has districts packed full of upscale designers, well known brands and familiar names. Hollywood and Highland is an outdoor center with shops, dining and entertainment. The center sits only steps from the Walk of Fame and Dolby Theatre where they host Academy Awards. When shopping, select from 70-plus brand names such as Foot Locker, Pandora and Victoria’s Secret.

Head west to Rodeo Drive in Beverly Hills and its 100-plus boutiques. Here designers bring the fashion to Beverly Hills with full collections by Chanel, Cartier and Vuitton. Sunset Plaza houses dozens of shopping options in West Hollywood. Apparel, jewelry, watches, accessories, and trends – find it at Sunset Plaza. In addition to shops, the plaza also has salons and spas, yoga studios, massage parlors, and restaurants.

Trying new restaurants ranks among the top Hollywood activities as the area’s food scene is as diverse as the people who live here. Not only do restaurants serve delicious food, guests may even see a celebrity. Where to go depends on everyone’s cravings. Asian, fusion, Italian, Indian, comfort food, chef creations, steaks and seafood, and burgers and pizza – it’s all in Hollywood.

With so many options many aren’t sure where to start. A few top-rated favorites include: Musso and Frank Grill, Providence, California Pizza Kitchen, Mel’s Drive-in Hollywood and APL Restaurant. Then note the festivals. The Los Angeles area hosts annual events that bring everyone together. For example, Hollywood Christmas Parade is a televised two-hour show with celebrities, floats, red carpet and holiday cheer. Hollywood Film Festival welcomes independent films and emerging artists. For sporty vibes, attend Los Angeles Car Show, one of the largest auto shows in the world.

But don’t forget about concerts. One of the top music venues in the area, Hollywood Bowl welcomes thousands to sit under the stars. From classical and jazz to rock and pop, talented performers love playing Hollywood Bowl. Past acts include local symphony, Cyndi Lauper, Barry Manilow and The Roots.