Due to its smaller size – as compared to similar spots in Maryland or New Jersey – the boardwalk offers a quiet retreat mixed with fun things to do and see. Here are a few of the best things about the Rehoboth Beach Boardwalk.

Explore Rehoboth Beach Boardwalk for Fun in the Sun For more than 50 years, the Rehoboth Beach Bandstand has proudly provided free entertainment in Delaware Shores. That’s right, free. The well-known Summer Concert Series runs mid-June through August and features more than 50 performers from all over the U.S.

Have a Blast At Funland

Adults and kids alike love Funland, an amusement park located on the boardwalk. With nearly 20 amusement rides, 16 games, a haunted mansion and arcade games, the park is a favorite spot for all ages. Funland focuses on old-fashioned fun, and guests need tickets for rides. Funland also honors tickets forever, so families can bring them back year after year if they don’t use them.

Tip: Funland operates during summer months only. The season typically runs from mid-May to September. 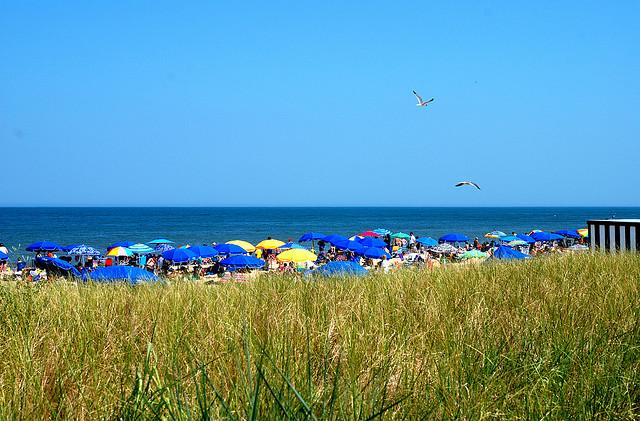 It wouldn’t rank as a top boardwalk if it didn’t showcase incredible ocean views. The Rehoboth Beach Boardwalk is a top spot for year-round exercise, sunrises and sunsets. Frequent visitors rave about the laid-back vibe and wide space, perfect for strolling or biking.

Eat a Slice at Louie’s Pizza

A TripAdvisor recipient of excellence and favorite restaurant on Rehoboth Beach Boardwalk is Louie’s. The pizza place was started by Louie himself, an Italian immigrant who worked his way up the ranks before opening his own shop. This family-owned spot has served pizza, subs, gyros and more for 40-plus years. Louie’s celebrated its 40th anniversary in 2015.

You know the fries are good if that’s the only thing a restaurant serves. With three locations in Ocean City and one in Rehoboth Beach, Thrashers has been noted for the best fries at the beach. Some customers even claim they are the best ever. Thrashers has been a beloved favorite in the region since 1929, and they use the highest quality potatoes.

Tip: Customers won’t find ketchup, but fans say the fries are so good they won’t need it.

This little candy shop specializes in the area’s favorite salt water taffy. Dolles Candyland has been on the boardwalk since 1927. Dolles and Ibachs makes all treats on site and uses family recipes that have been passed down for generations. Whether looking for taffy, caramel, fudge or brittle, Dolles satisfies everyone’s sweet tooth.

Rehoboth Beach Boardwalk is only a part of what makes Delaware Shores a popular vacation destination. Read more about vacationing in Delaware Shores! Then read about the best Rehoboth restaurants.