Catch These Summer Music Festivals in July While on Vacation

Summer music festivals serve as a great way to bring people together and make memories that only happen at music festivals. From the East Coast to the West Coast, outdoor concerts and music fests pop up every year. Some vacationers prefer not to travel for a show, but for those already here, you might as well join the crowds!

Summer Music Festivals in July: Big Events to Check Out The Ride Festival brings top performers to Telluride for great rock ‘n roll and jaw-dropping scenery. Past artists have included Gov’t Mule, Widespread Panic, Mike Ferris, Ayron Jones and the Way, and many more. Telluride Town Park hosts many events throughout the year and is home to the historic Fred Shellman Memorial Stage, the main venue for the festival.

While visiting, make sure to check out the area. Telluride is surrounded by 14,000-foot mountain peaks, which offer breathtaking views. The small town also honors its rich history with quaint shops and Victorian-style homes. Want to stay in the area? Check out these Telluride vacation rentals. Welcome, indie music lovers! The Underground Music Showcase (The UMS) is the city’s top indie festival as it showcases more than 400 local and well-known performers in nearly 20 venues. The festival has rocked out for over 15 years, and serves as a nonprofit event that benefits Denver Post Community Foundation. Past festivals have featured artists from A (such as A Giant Dog) to Z (Zach Heckendorf), and everyone in between, so check out the lineup for the full list.

Denver has long been known as the cultural epicenter of Colorado and the most populous city. Other attractions in Denver include: Mount Evans, Coors Field, walking and food tours, and museums.

The Sloss Music and Arts Festival runs two days and features a large selection of musicians and bands, ranging from Cage the Elephant and Primus to The Avett Brothers and Zella Day. This festival not only brings music to Birmingham, but also spotlights the region’s craft beer and cocktail scene, all while offering delicious food. Other activities include hand-pouring iron demonstrations, chats with artists from the American Poster Institute and culinary secrets with chefs.

Birmingham is quickly gaining traction as a top spot for dining and entertainment in Alabama. The city is only a four-hour drive from the beach, so if  vacationing at these Alabama beaches, don’t miss this festival. 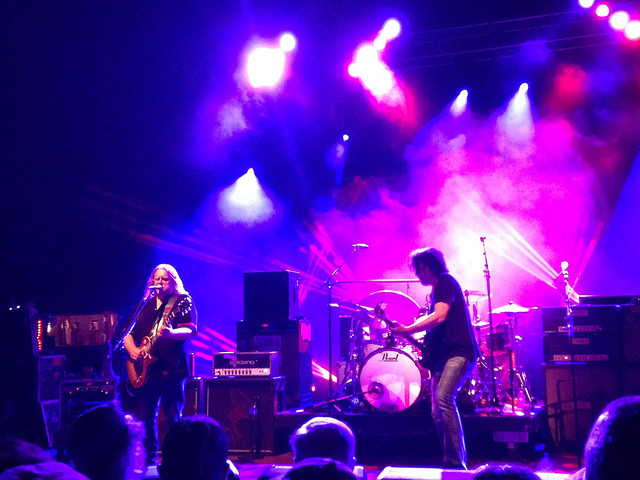 The two-day Secret Stages Festival takes place in downtown Birmingham, with ‘secret stage’ venues dispersed within a two-block area. Attendees can park in one spot, walk around downtown and catch shows from local performers as well as national acts. The festival offers 60 bands on seven stages, and 20 percent of proceeds benefit the Scrollworks Youth Music School.

Artists come from as far as Denver (Stay Tuned) and New York (Landlady), and Secret Stages has been recognized by Southern Living as “a testament to the vitality of the music landscape.”

Interested in other events? Check out hundreds of festivals, shows, concerts and more across the U.S.