With so much New England culture, it’s easy to see why Boston serves as center for art and music. However, it’s not just live music venues that make up the Boston live show scene. It’s also due to the environment generated by area colleges and universities, especially in Cambridge. And while The Hub has been known as a rock ’n roll city, the diversity of expression enables Boston to shine — from Boston Pops to open-mic nights, theater and galleries, to dance and comedy. Here’s where to see the best Boston live shows. Better known as home to NBA’s Boston Celtics and NHL’s Bruins, TD Garden, formerly FleetCenter, replaced Boston Garden in 1995. Today, the multipurpose venue houses between 19,000 for sports and 30,000-plus for concerts.

The facility featured R.E.M. in its inaugural musical event in 1995. Included among others who have graced its stage are: Cher, Dave Matthews Band, Tina Turner, Jay-Z, Lorde, Pink and Maroon Five. Additionally, several bands have eclipsed 34,000 in concert attendance, including U2, Coldplay and Roger Waters’ presentation of The Wall Live.

Tucked away in an alley in Cambridge, lies a true icon from the folk music scene of the early 1960s. In 1958, the owners of a new coffeehouse jazz club let a young folksinger on stage — who turned out to be Joan Baez. It was called Club 47 then, and soon became the mecca to hear up-and-comers like Bob Dylan.

Renamed Club Passim in 1969, the locale helped launch another generation of folksingers such as Suzanne Vega and Shawn Colvin. Little more than a basement with 125-person capacity, Passim caters to the acoustic crowd where patrons eat vegan peanut curry and sip soy lattes during shows. 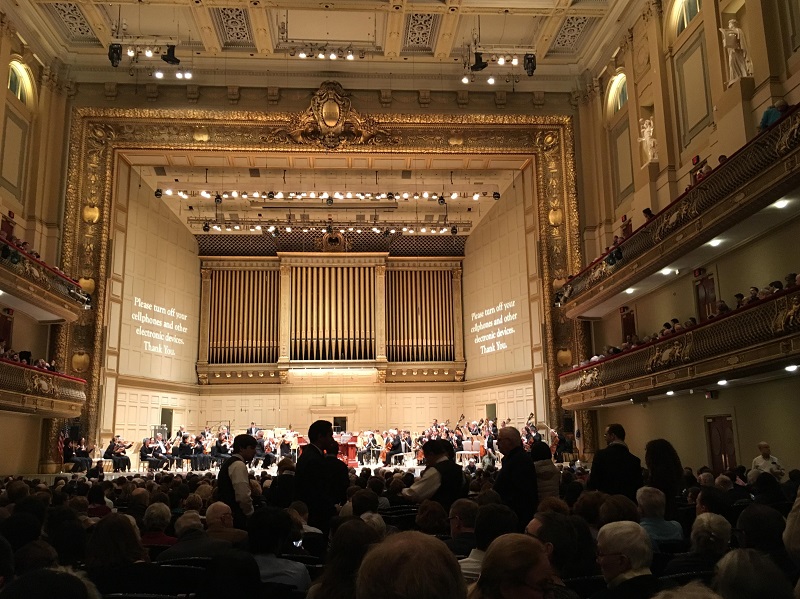 Founded in 1885 as an extension of Boston Symphony Orchestra (BSO), Boston Pops Orchestra primarily consists of musicians from BSO. Under conductor Arthur Fiedler, the orchestra’s popularity spread far beyond Boston. Its excitement only increased under the direction of famed Hollywood film scorer John Williams through 1994.

Regardless, whoever behind the baton, the guarantee is the same. Guests enjoy a fare of classical music augmented with current musical theater hits and novelty numbers. Boston Symphony Hall operates as the primary venue for both famous orchestras.

Boston Ballet typically performs its classical full-length narrative and mixed-repertory programs alongside a full orchestra, making for an exquisite blend of artistic skills.

The 66-dancer ensemble’s official and primary setting is incomparable. It all occurs in the historic Boston Opera House, a turn-of-the-century restored movie palace originally built in 1928. “Great dance will take you on an emotional journey and recharge your spirit,” notes the ballet’s artistic director, Mikko Nissinen. Listed on the National Register of Historic Places, Wang Theatre has housed performing arts since 1925. Over time, the venue has developed from a movie house and venue for vaudeville musicals and big bands to today’s world-class cultural experience for theater, music, Broadway and dance.

Wang Theatre was restored to its vintage resplendence in 1983. It also has one of the five largest stages in the U.S. In addition, the Wang’s lobby was even used in The Witches of Eastwick, as part of Jack Nicholson’s character’s residence. Other top Boston historic Theater District venues include Emerson Colonial Theatre, Shubert Theatre and Wilbur Theatre. Paradise Rock Club (the Dise) reportedly gained traction when it booked U2 in 1980. “U2 was a terrible club band [then], but…we loved Boston, the club and its audience,” Bono once said. “The Paradise holds a special place in U2’s history.”

The venue’s rectangular shape and wide stage bring concertgoers closer to the action. Plus, there’s good security and a decent sound system, with Boston live shows regularly on the schedule.

SoWa offers a community of over 15 galleries and more than 70 artist studios, boutiques and design showrooms. The district provides an eclectic group unified by a passion for creating, curating and experimenting with different mediums in artwork.

Once a stretch of neglected warehouses in Boston’s South End, SoWa Art and Design District has morphed into a world-renowned arts destination. It was originally developed to support Boston’s artists and entrepreneurs, but its secret lure gives visitors access to artists in their own environment. This perk provides a more personal approach to experiencing art.

When in town for these Boston live shows, spend time at these scenic North Shore beaches.